The Main Purpose of Schooling

Schools came into being due to parents' and nations' shared desire to have their children receive an education. It is an establishment that serves as

Schools came into being due to parents' and nations' shared desire to have their children receive an education. It is an establishment that serves as a platform for providing educational opportunities. In addition, it is thought of as learning spaces and environments in which the teaching can take place free from interruptions. 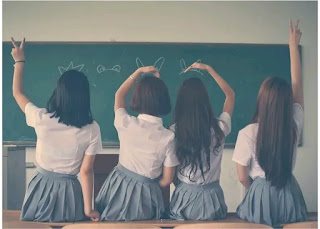 The overall growth of a person should be the primary focus of educational endeavors. In addition, it is the source of its numerous benefits, contributing to a richer and more satisfying existence. Education has the potential to make a significant contribution to the overall improvement of society. It cultivates a community in which people are conscious of both the rights and responsibilities that are theirs.

Early in life, a child's brain is expanding and learning rapidly, making it easier for them to know. A strong foundation is essential for children to build on throughout their lives, and schooling at this point serves this goal.

Many studies have demonstrated the value of early childhood education, and the list could go on and on. Children are likelier to like school if their parents and teachers create a passion for learning at an early. Additionally, students who receive high-quality early education are more likely to have a positive attitude toward their education.

Voluntary bilingual education helps students prepare for entering the workforce in a global setting. Some students require a bilingual education because they speak a language at home that is not the same as the language used at the school where they are enrolled. It has been found that these kids have an advantage over their classmates, despite the fact that it can be difficult at times.

Increased prospects in the workforce are another clear advantage that comes with having a bilingual education. According to information in an article published by the Chicago Tribune, there has been a growing interest in beginning bilingual education at a younger age, partly because of the demand for bilingual workers in the workforce. According to the information provided in the article, the fields of health care, education, customer service, government, banking, information technology, social services, and law enforcement are particularly interested in hiring individuals with linguistic proficiency in more than one language.

Why Is It Necessary to Have a Physical Education?

A teenager can develop healthy habits that will last a lifetime by participating in an excellent physical education program. I recall when I was in elementary school wondering what the purpose of the physical education classes was. However, by the time I was a senior in high school, I had concluded that my gym class was among the most significant ones I had ever attended.

Even at the preschool level, children need to participate in physical education; it's an essential part of the day at school. Physical education is not simply vital for older students. When you spend some time with a small child, you will notice that they cannot remain still for very long. They need to keep their bodies moving to expend all the energy and excitement they have for traveling worldwide. One study published in the Journal of Paediatrics and Child Health indicated that preschool children's total physical activity and moderate-to-vigorous physical activity rose when they participated in physical education classes.

Researchers found "a direct correlation between regular participation in physical activity and health in school-age children," which suggests that physical activity directly benefits the individual child. These findings were published in a book titled Educating the Student Body.

In addition to teaching kids skills about moving their bodies that they can use for the rest of their lives, gym class benefits the whole child. In particular, they discovered that participation in physical education is linked to improved academic performance and enhanced social and emotional well-being and may even offer some degree of protection against cardiovascular disease and type 2 diabetes.

Why is education in the STEM fields so important?

If you have paid any attention to education in the past decade, you have become aware of the drive toward STEM education. It would appear that schools worldwide are increasing the number of STEM classes they offer for a good cause.

Most pre-service and novice elementary school teachers in a study said that STEM education is critical, citing reasons like:

As a society, we are obligated to acknowledge that we are presently residing in an era characterized by ongoing periods of scientific exploration and technological advancement, both of which have an immediate impact on our everyday lives and necessitate our participation. In addition, we must acknowledge that as our economy becomes more reliant on these game-changing new developments, a significant number of new employment in STEM-related disciplines will be generated. Building a scientifically literate public and a pool of highly qualified workers knowledgeable in STEM fields is necessary for the United States to maintain its position as a competitive nation.

Why is College Education Important

For various reasons, the significance of obtaining a college education is occasionally questioned. As reported by CNBC, more than one in five people who graduate from college end up working in occupations that don't require a degree. When people see statistics like this, it makes them question whether or not it is worthwhile to invest years of their lives and rack up significant amounts of debt to obtain a job that they might have without a degree.

Even in certain situations where individuals do not make use of their college degrees, the data indicates that, on average, getting a college degree is advantageous.

To argue that education is essential would be an understatement. Studies have indicated that those with higher levels of education have a greater likelihood of living longer, healthier lives and are even more likely to help strangers. Providing young children with access to a wide range of educational opportunities from the very young enables parents to give their children a solid foundation while educating the whole child. The more varied and comprehensive we can make children's educational experiences, the more well-rounded and educated they will become.

Scott Bowen is an exceptional content writer and tech enthusiast. He has written on multiple niches. However, he does limit himself in a vacuum. Instead, he takes every new subject as a challenge and accomplishes tasks after doing profound research.