What are the Basic Terminology of Communication system

A device which converts one form of energy into another is termed as a transducer. Signal, Analog, Digital, Noise, Transmitter, Receiver, Attenuation

What are the Basic Terminology of Communication system? 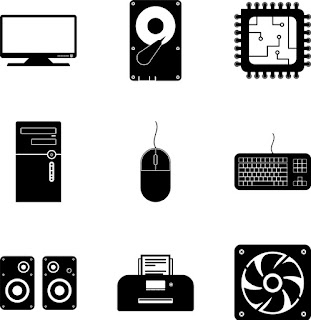 To understand the principles underlying any communication, let us first define the following basic terms :

Any device which converts one form of energy into another is termed as a transducer. An electrical transducer in a communication system may be defined as a device that converts some physical variables like pressure, temperature, force, displacement etc., into corresponding variations in the electrical signal at its output. Microphone and solar cell are examples of transducer.

A signal is an information converted in electrical form which is suitable for transmission. Signals can be either analog or digital as explained below:

Signals are continuous variation of voltage/current and they are essentially single valued functions of time. A sinusoidal wave signal is a fundamental analog signal.All analog signals can be fully understood in terms of their sine wave components. Sound and picture signals in TV are analog in nature.

Signal are those which can take only discrete stepwise values. In digital electronics, we generally follow the binary system that employs just two levels of a signal, '0' and '1'.

There are several coding schemes useful for digital communication. They employ suitable combinations of number systems such as the binary coded decimal (BCD). American Standard Code for Information Interchange (ASCII) is a universally popular digital code to represent numbers, letters and certain characters.

Noise means the unwanted signals which tend to disturb the transmission and processing of message signals in a communication system.

A transmitter processes the incoming message signal so as to make it suitable for transmission through a chennal and subsequent reception.

A receiver extracts the desired message signals from the received signals at the chennal output and after converting them into their original forms delivers them to the information users.

Amplification is the process of increasing the Amplitude/strength of a signal using a suitable electronic circuit called the Amplifier. Amplification is done at a place between the source and the destination whenever signal strength becomes weaker than the required strength.

The range of a communication system is the largest distance between a source and a destination upto which the signal is received with sufficient strength.

Bandwidth refers to the frequency range over which an equipment operates or the portion of the spectrum occupied by the signal.

A repeater is a combination of a receiver and a transmitter. A repeater picks up the signal from the transmitter, amplifies it and retransmits it to the receiver either with or without change in carrier frequency. Repeater are commonly used to extend the range of a communication system.

The process by which some characteristics of high frequency wave such as Amplitude, frequency or phase is altered in accordance with the intensity of the signal is known as modulation.

It is the reverse process of modulation. Thus, demodulation is the process of retrieval of information from the modulated-carrier wave at the receiver stage.