The quantities by mean of which laws of physics are described are known as physical quantities such as mass, velocity, force, acceleration etc. 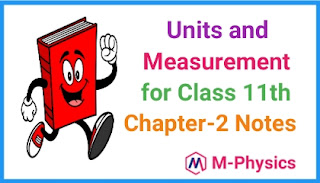 ▶(1) Fundamental or Base Quantities

These are treated as independent of other physical quantities. The units for these quantities are called fundamental or base units. There are seven base quantities. These are length, mass, time, electric current, temperature, luminous intensity and amount of substance.

▶The International System of Units

A complete set of both the base units and derived units, is called the system of units. Historically many systems of units were in use in different parts of the world. A few of them which were quite popular till recently are given below

The international system of units is now accepted internationally and is called SI system. SI is an abbreviation for System Internationale d' unites (French name for International System of Units). The SI system is a decimal system, also known as metric system, a modernised and extended form of metric systems like CGS and MKS. There are seven base units and two supplementary units in SI system. These units with their names and symbols are given below.

▶The base units used in SI system are defined as follows

Accuracy, Precision and Errors in Measurement

For example, let us consider the measurement of the thickness of a book with the help of a metre scale. The thickness of the book is closer to 1.7 cm. We say it lies between 1.8 cm and 1.6 cm but has an uncertainty of ± 0.1 cm. This error arises due to the limitation that a metre scale cannot measure a length smaller than 0.1 cm.

It tells us as to what resolution or limit, the quantity is measured. If we measure a certain thickness by two different devices having resolutions 0.1 cm (a metre scale) and 0.01 cm (a vernier callipers), the latter will give a measurement having more precision. Thus a value 1.56mc is more precise than 1.5cm.

Note: Accuracy of a measurement is a value which tells us how close the measured value of a quantity is to its true value whereas precision tells to what resolution or extent that quantity is measured.

In general, the errors in measurement can be broadly classified as (a) Systematic errors, (b) Random errors.

(1). Instrumental Errors : These errors arise when the measuring instrument itself has some defect in it, such as

(2). Imperfection in Experimental Technique or procedure : The measurement may be systematically affected by external conditions such as changes in temperature, humidity, wind velocity etc. For example, the temperature of a human body measured by a thermometer placed under the armpit will always be less than the actual temperature.

(3). Personal Errors : An experimentalist can introduce error in his measurements due to his carelessness or casual behaviour, though such a behaviour is not expected from any serious experimentalist. If a person while reading the volume of water in a beaker, habitually keeps his eyes below the meniscus, he will introduce an error due to parallax.

The errors which cannot be associated with any systematic or constant cause are called random errors. These errors occur irregularly and can randomly have any sign i.e. positive or negative. The magnitude or the size of errors can also vary randomly. These errors can arise due to unpredictable fluctuations in experimental conditions e.g. random changes in pressure, temperature, voltage supply etc.

Let the measurement of a physical quantity is taken carefully n number of times. If these measured values are a1, a2 ... an, then their arithmetic mean is considered to be the most accurate value (the value closest to the true value) of the quantity.

The magnitude of the difference between the individual measured value and the true value of the quantity is called the absolute error of the measurement.

The relative error is the ratio of the mean absolute error Δamean to the mean value amean of a measured quantity. It is also called fractional error sometimes.

The relative error expressed in percent gives the percentage error. It is denoted by δa.

All those certain digits and the one uncertain digit which are used in measuring of any physical quantity are called the significant digits or significant figures in a measured value.

Solution : (i) 227.2 g has all the non-zero digits. Hence, it has four significant figures.

(ii) According to rule number 3, trailing zeroes are not significant. Hence, 3600 g has 2 significant figures.

(iii) 0.00602 g. According to the rule number 5, the zeroes at the beginning are not significant. Hence, 3 significant figures.

▶Rounding Off the Uncertain Digits

The dimensions of a physical quantity are the powers (or exponents) to which the base quantities are raised to represent that quantity. The seven dimensions of physical world are represented as follows

[A]   for electric current

[mol]   for amount of substance

The concept of dimensions and dimensional formulae are put to the following uses:

The method of dimensions has the following limitations:

The distance which is covered by light in one year (according to Earth) is called light year. It is used in measuring of large distance. As, distance of two planet in the universe.