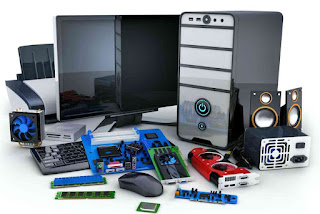 Any program that is designed for a specific task is called an application. Microsoft Word, Microsoft Excel, Adobe Photoshop, Internet explorer are some examples of the popular applications

The process of copying a file to another source or medium is called backup.By doing this, the original file is saved.

A fundamental number system, which has only 0 and 1, is called binary.

The bit is a shortened form of binary digit. This is a digit number which can be 0 and 1.Bit is the smallest unit of computerized data.

It is a Radio technology that allows electronic devices to be connected without wires. Through this technique, data can be exchanged within a limit of 10 meters without connecting the devices by wire.

The software program that is used for viewing the pages on the web, is called a browser Microsoft Internet Explorer, Mozilla Firefox, Google Chrome etc. are the example of browser.

Byte is a measure of data transfer or data storage. One byte contains 8 bits.

It is a temporary data storage facility by which data is stored temporally while transferring data from one place to another. When, we cut and paste any data text on computer machine, it is saved in clipboard.

CPU is the abbreviation for Central Processing Unit. It follows our given command. In real, CPU is the mind of the computer, whose task is to understand and follow the command given by the user properly, such as adding subtraction, performing mathematical operati ons, comparison of 2-digit and checking for a particular thing or condition.

A stored information in a computer is called data. It may be in the form of text, image and audio or video.

The cursor is a flickering indicator that indicates the location of the text in the document where the user is working.

It is a main screen of computer, on which you can see icons, taskbar, sidebar settings in the program.

A large amount of collected information is called a database. A stack of newspapers is also a database. Computer databases have the ability to manipulate data. Subject-text can be searched easily by adding an application to the database.

Email is an abbreviation for electronic mail. It is a system of sending messages from one Internet user to another via the Internet.

A gateway is a piece of software that enables communication between 2 items. This is done to connect computers and systems inside it.

All the computer related physical objects, such as monitors, keyboards, floppy disks are called hardware.

HTML is an abbreviation for hypertext markup language. It is a collection of structuring and formatting tags, which are brought into it to create a web page.

HTTP is an abbreviation for Hypertext Text Transport Protocol. It is a popular protocol which is used to create communication between World Wide Web servers.

The icon is a miniature of a program or a folder in a computer, by clicking on it you can activate the program that you want.

The Internet is a vast network or network of small and large computers spread across the world, which are connected with each other. Internet uses a group of protocol named TCP/IP.

These are the internal storage areas of the computer. The word "memory" is used for data storage, which comes in the form of a microchip. Storage word is used for memory, which is present on tape or disk. All computers come with memory, which is called RAM. You can also increase RAM, if needed.

Modem is the abridgment of modulation and demodulation. These words mean converting data from digital to analog and analog to digital. The modem makes the same change.

Motherboard is the circuit board of a microcomputer. It has connectors to add additional boards. There is space in a normal Motherboard for the components such as CPU, RAM chip, disk drive, control card, output adapter card, speaker, timer etc. Apart from this, there is a place to put many other small parts in the motherboard.

PDF is an abbreviation for portable document format. It is a technology developed by Adobe, through which you can convert documents, including all elements, into picture files. By doing this, the document turns into a picture, and if accidentally clicked anywhere, the text or picture in the document does not move from its location. PDF files can be easily printed and sent by attaching with E-mail. To view the PDF file, it is necessary to have an Acrobat application on your computer, which you can download for free from the Internet.

The website, which has aim to enter in the world-wide-web, is called Portal. These sites mainly function as search engines: or provide news and other services. These services are provided free in the hope that the user will visit the website again and again. Yahoo and Redif are some of the major examples.

RAM is an abbreviation for random access memory. This is the configuration of memory cells, which protect data for processing by CPU.

ROM is an abbreviation for read only memory. It is a semiconductor-based memory system, in which information is permanently protected, and is not lost when the computer is turned off.

To send random messages to a large number of people by email is called spam.

The process of transferring files from a local computer to a network or webserver is called uploading.

UPS is an acronym for Uninterrupted Power Supply. It is a device that supplies electricity continuously. It also has a battery, which keeps powering the computer for some time when the power goes out, so that in that time you can shut down the computer by closing the program running on the computer. With the help of UPS, power and data are saved due to sudden power failure.

It is the acronym of Universal Resource Locator. This is another name for Internet address.

It is a shorthand for the Universal Serial Bus. The USB port is in front or back of CPU. In this, you can install any peripheral device, such as a mouse, modem printer or pan drive.